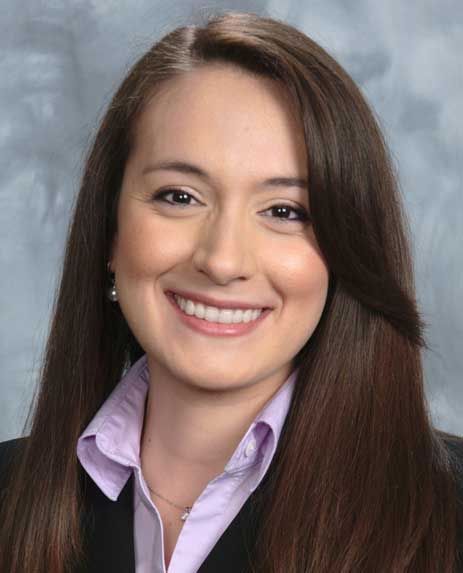 Danielle M. Brennan is a Board Certified Specialist in Condominium and Planned Development Law. Ms. Brennan joined Kaye Bender Rembaum as an Associate Attorney in the Firm’s community association department in the Palm Beach Gardens’ office in April 2013, and assists clients on all aspects of community association operations. She became a member of the Florida Bar in September 2012. In May 2012, Mrs. Brennan graduated cum laude from Shepard Broad Law Center, Nova Southeastern University, receiving her Juris Doctor degree. During law school, Mrs. Brennan received the “Book Award” in Corporate Finance, an award given to the student who achieved the highest score. She was a founding member of “Beyond the Game”, an organization developed in partnership with the Miami Dolphins Director in Youth and Community Programs and former NFL player, Twan Russell, that informs and educates high school student athletes on contemporary legal issues affecting youth today. Mrs. Brennan served as a “Law Student Advisor” and is a member of the prestigious Phi Alpha Delta legal fraternity. She also achieved Gold Level Status in her law school’s Pro Bono Honor Program by donating over 300 hours of her time to the Office of the General Counsel of the Broward Sheriff’s Office. She received her Bachelor of Arts in Business Administration from the University of Florida in 2009.